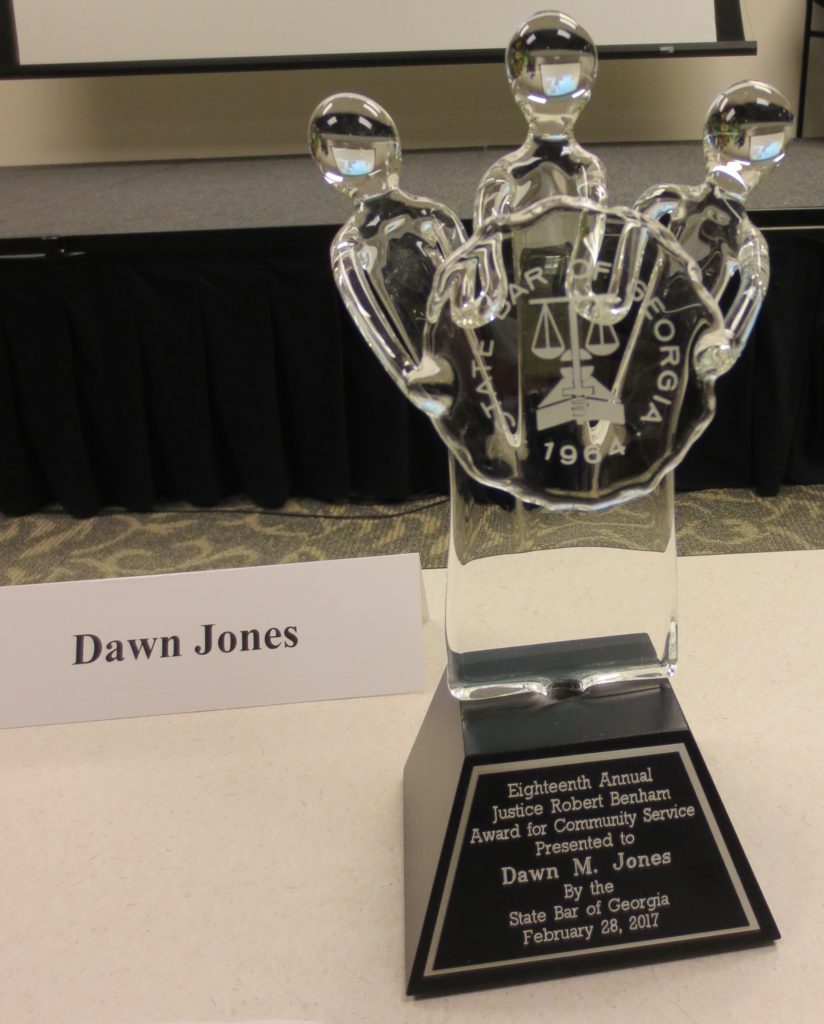 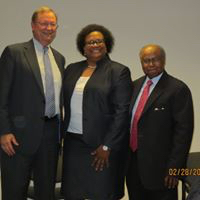 The Chief Justice’s Commission on Professionalism presented its annual Justice Robert Benham Awards for Community Service at the State Bar of Georgia headquarters in Atlanta on February 28, 2017.  As described by the Commission, “these awards have been presented to honor lawyers and judges in Georgia who have made significant contributions to their communities and demonstrate the positive contributions of members of the Bar beyond their legal or official work.”   The evening program included greetings from State Bar of Georgia President Pat O’Connor and the occasion brought by Supreme Court of Georgia (former Chief) Justice Robert Benham.  Dawn Jones was honored to receive the award after being nominated by the Georgia Association of Black Women Attorneys for her past and ongoing community service efforts including mentoring law students and younger lawyers, coordinating clothing drives, organizing nonpartisan voting rights programs, and implementing events that support law students and younger lawyers, among other activities.  Dawn was equally honored to share the evening’s awards event and reception with other honorees from around the state.