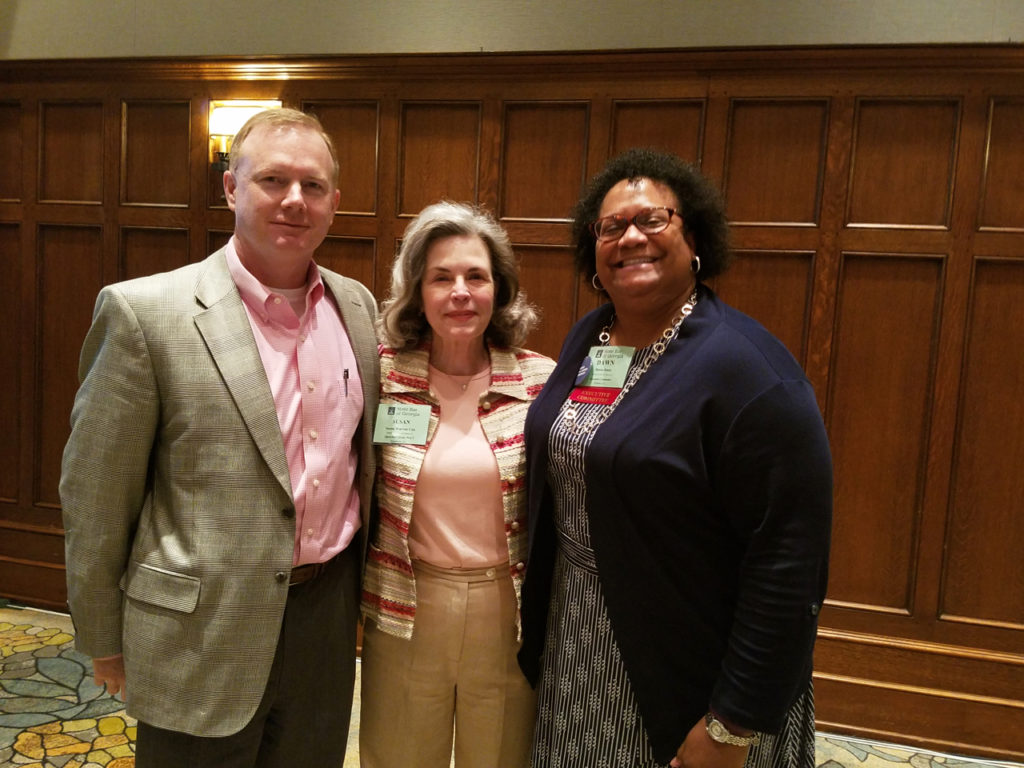 Dawn Jones at the close of the Spring 2017 BOG Meeting

Dawn Jones attended the quarterly Board of Governors (BOG) meeting held the morning of April 1, 2017, during the State Bar of Georgia two day Spring meeting. Representing the Atlanta Circuit on the BOG, and as an elected at-large member of the Executive Committee, Dawn joined a room full of BOG members to do the work they were elected to do. The usual three hour meeting ran about 30 minutes longer than scheduled as members debated and discussed various important agenda items, including proposed JQC nominees and proposed disciplinary rules for lawyer members. Among other decisions, the BOG voted unanimously to increase bar dues by $2 next year, in anticipation of an impending deficit as they continue to actively “burn off” reserves. Dawn appreciates the insight she has gained not only through the Finance Committee and Treasurer reports at BOG meetings over the years, but also through her appointment as a member of the State Bar Finance Committee as well. Minutes of State Bar BOG and Executive Committee minutes can be found here.